3 Unique Facts About Texas that Will Blow Your Socks Off 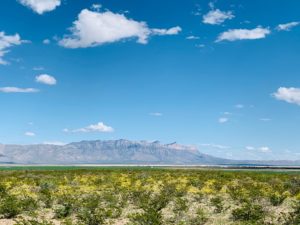 It is not a land for the faint of heart. The state has a reputation and a legacy for breeding eccentric, creative, and pioneering progeny. Its history is colored with tempestuous, compassionate, and lively individuals that have overcome great odds. It is a testament to the idea that this great landscape infuses the spirit with something rather magical. No sun is too fervent, no floods too strong, no ice storms so destructive that they suppress the Texas spirit.

Even the state flower, the Bluebonnet, has a history of persistence under harsh conditions. The flower pays homage to the fierce women of the state (poisonous if ingested, beautiful, and resilient when treated right). So if you’re looking to buy yourself some acreage, here is why being part of the Lone Star State is more than just a smart investment, it’s embarking on an adventure that began generations ago.

It was not easy to settle lands in Texas in the 18th and 19th centuries. The state’s origins are mixed and fraught with difficulty and toil, as well as war and conflict. Cowboys are often romanticized, but the real cowboys understood the meaning of back-breaking labor required to tame the land. The story begins with Spanish missionaries in the 1700s and the founding of San Antonio.

The state was sparsely populated until after the Revolutionary War and the War of Mexican Independence. Settlers from the U.S were allowed to colonize the lands, the population surged and gave way to tensions. Texas was still a province of Mexico and even then was known for its rebellious tendencies. Soon, Texas would seek independence from Mexico, and a bloody conflict known as the Texas Revolution would break out.

One of the state’s most famous battle cries, of course, is the famed phrase of “Remember the Alamo.” When the battle-fatigued militia of a few hundred men fought valiantly against Santa Anna’s thousands of troops, they were overpowered and most of the men on the Texas side would perish. Not only does the phrase encapsulate that specific episode in Texas history—the despair over the heavy losses at the Franciscan mission near present-day San Antonio— but it is symbolic of what is so characteristically Texan: a relentless spirit that fights back and defends no matter the odds. The battle cry became a symbol of resistance and further fueled the desire for independence. Texas would gain that independence later that same year.

In 1845, when Texas was annexed by the United States, the legacy of the sacrifices made remained fresh. In the Mexican-American War of 1846, the Alamo was used again as a rallying cry for many fighting on the U.S side. As people expanded westward, the Texas population continued to increase as more and more settlers discovered the rich and untamed lands.

So aside from great expansion, great settlements, and innovation, what makes Texas different today? Here are just a few fun facts.

An 825,000-acre ranch that—in many ways— began the ranching tradition in Texas began at King Ranch. Throughout its amazing history, King Ranch was home to some of the first cattle drives, developed special breeds of cattle known as the Santa Gertrudis and Santa Cruz, bred fine Quarter Horses, and produced legendary Thoroughbreds. Still committed to the lands and its ranching legacy, King Ranch continues to operate today.

#2 More Crude Oil Production than Any Other State

The long-defunct (now Tennessee-based) football team The Houston Oilers did not randomly get their name. Texas has been leading the nation in oil production for many decades. Texas continues to produce more crude oil than any other state. In 2019, it averaged  5.07 million b/d. What does this mean? It means that Texas is an economically independent state that is self-reliant. Most of the state is also on its own energy grid.

It’s not just Tesla creator and Mars-obsessed-entrepreneur Elon Musk that have chosen Texas as their new idea-breeding ground and production center, famed podcaster and comedian Joe Rogan, romantic-comedy-star-turned-serious-actor Matthew McConaughey, and hundreds of tech start-ups have gotten wind of the exciting possibilities of the Texas lands. There are also hundreds of people flooding to the Lone Star State from other places like California and New York. Cities in Texas have attracted a lot of tech companies and growing businesses.

So What Does This Have To Do With Buying Land in Texas?

Buying Texas land is a way to take part in this ongoing legacy. What you choose to do with your land is up to you. Texans are known for their love of freedom and independence. Many choose to live out in the open, others want to stargaze, some seek the adventure and self-reliance of hunting, or people build their family home or summer house.

Find the Texas Acreage That’s Right For Your Rebellious Spirit

Texas seems to be growing in population and popularity. Housing markets and real estate are overpriced and in short supply. But you’re looking for something a little wilder, aren’t you? A fresh start, a blank slate— where you can decide your destiny and the path you take. They call that the Texas way! Lone Star Investments makes the process easy.

Ready to embark on an adventure of a lifetime? Learn about how accessible and affordable Texas acres are. Call us today. Opportunity awaits!