Importance Of Maintaining Our Deserts 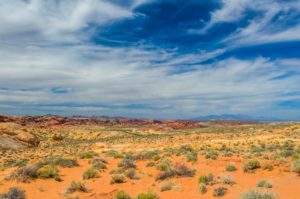 When you live in one area long enough, you tend to get used to your surroundings and can forget their importance. For many, living in the desert can not only look incredible but feel amazing as well. For others, not so much. However, no matter your stance, the desert ecosystem is vital to so much more than human wants and needs. The desert ecosystem does wonders for the world. In Texas, the dry desert has maintained a home for wildlife and plants that are unique to only that region. With the shift due to climate change, there’s a lot to focus on when it comes to maintaining our deserts and their landscape.

What Is A Desert?

Deserts are one of the largest ecosystems in the world, covering one-fifth of the Earth and occupying every continent. A desert is classified as a place that receives less than 10 inches of rain per year. The dry environments have an evaporation rate that exceeds the overall amount of precipitation, which results in a more harsh climate for animals and plants. As time goes on, particular plants and animals have adapted to the warm temperatures that occur during the day and the significant drop that occurs at night.

Many think that desert conditions mean endless plains made of sand. When actually, they are composed of rocky plains or mountainous areas that will also have sand and various geological features. While the desert may seem like an intense and harsh environment, those who do adapt can live easily. The plants that live there absorb and store the water they do get. Almost every desert in the world differs from another due to the region and climate they’re surrounded by. They’re mostly classified as hot and dry, semiarid, coastal, and cold.

The deserts that host Lone Star Investments come from hot and dry deserts. Although they’re not as extreme as other deserts in this classification, they can get pretty hot and very cold during the night.

Deserts have a number of unusual and unique things within them. Aside from the plants and animals that live within them, they have properties that can’t exist anywhere else. Their dry conditions create a concentration of essential minerals such as gypsum, borate, nitrates, potassium, and other salts. The minimal vegetation that can happen makes it easier to obtain these minerals. Also, over 50% of the copper in the world comes from the deserts located in Mexico, Chile, and Australia. They also hold 75% of the world’s oil reserves. You can also find large amounts of bauxite, gold, and diamonds in the deserts located in the United States, China, and Namibia.

The plants that have found a way to live in deserts have contributed to the medical community. One astonishing example comes from the plants in Israel, where they found plants that can help fight malaria. To top it all off, the arid conditions in many deserts are ideal for preserving human remains and artifacts, as we have seen from Eygpt.

Deserts, surprisingly enough, can even help fight against global warming. Desert storms in Africa gather and store carbon dioxide from the air. This helps prevent additional carbon dioxide from entering the Earth’s atmosphere. As carbon emissions rise, research has shown that the bacteria located in aquifers beneath the sand and within the sand capture carbon from the air. These aquifers could hold far more than the global plant population. They can also help generate renewable energy. Solar panels convert light into energy, but in deserts, they work a little differently. Instead, they help absorb heat and use mirrors to reflect and divert into an array to generate even more energy. The massive winds that blow through the desert terrain can also do wonders for generating energy.

When it comes to having to preserve deserts, they may not seem as much more than dirt and rocks, but looking closely we can see so much more within them. Those who love the desert heat have thrived in their climate and they have proven to be essential in creating a better world. Over time, if we utilize them properly, deserts could have a major shift in our battle against climate change.

Our lands have become the pinnacle of a livable desert in the Southwest. If you’re looking for amazing desert land to call your own, then Lone Star Investments can help you. Keep an eye out for new availability, or give us a call so we can help you find the perfect location for you. Lone Star Investments land is mostly located right outside of El Paso, Tx. We’re excited to help you start this new journey to find the perfect place for you.