West Texas Land: Exploring the Past and Present of a New Frontier 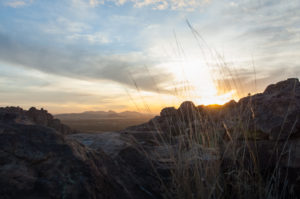 Very few states have their own mythology the way Texas does. There are a great many things that people associate with the Lone Star State; some of these include the wide-open land, vaqueros, the Wild West, cattle ranches, gunslinging cowboys settling new territories and engaging in duels to the death. In fact, the idea of the great western frontier is very much intertwined with so much of American identity and how we define ourselves as a people who seek adventure and new unexplored territories.

El Paso, Texas, where our offices are located and not far from a lot of our acreage, was quite well known in the early Wild West days, as a dangerous city that housed a wild assortment of people passing through towards the western frontier that beckoned with the promise of gold and adventure. The town was known for its violent conflicts. And even before Texas was a state of the Union, it had its very own reputation for rebellion and outlaws.

The famous quote of, “You go to hell and I’ll go to Texas,” encompasses some of the state’s early attitude and history. These lands have always been for those that have a little rebel in them. Those words were spoken by famed rebel Davy Crockett who had come from Tennessee and helped Texas gain its independence from Mexico, including the famous battle at the Alamo. The spirit of Texans is also encompassed by early Texas settler’s fighting tooth and nail to gain independence. “Remember the Alamo,” is so enshrined in Texas history because it is a symbol of resistance and a bold fighting spirit that encompasses the lands. For many, the lands of Texas are a tribute to the spirit of adventure of those early settlers and rebels that wandered Texas, tamed its lands, and bred their animals for a new way of living.

Some years later, El Paso had its gritty reputation for its many saloons, brothels, and brawls. The famous John Wesley Hardin spent some time in El Paso and was fatally shot in 1853 by the famed police officer John Selman. Wesley Hardin is a fascinating figure in his own right. It is said he killed his first man at 15 and by the age of 25 had killed up to 20 more men. He was finally caught and spent 14 years in prison in Huntsville, where he simmered down and studied law. Upon his release, Harding spent some time trying to work as an attorney but ultimately had a hard time finding steady work and made his way to El Paso where he enjoyed the scene. A man of unsteady temper, Harding never quite stopped getting into trouble. One day, Selman, an officer of the law, simply walked up to him and shot him in the back of the head.

The Spanish Settlers that Brought the Vaquero Tradition

West Texas land is filled with stories like this. Many brave men conquered the wild terrain in search for a new adventure and thanks to the available land, people settled in the state and began learning the ways of the land. Before the Spanish came into the territory, there was not a single cow in Texas. The Spanish brought with them the tradition of cattle ranching and the “vaquero” to the Americas. Many of the early cowboys in Texas were, of course, natives from Mexico but were all known for their superior roping, riding, and herding skills.

The era of the cowboy, however, played a major role during the westward expansion of the United States. As railroads and settlements began to expand in the 1800s, the vaqueros became an important part of the landscape, as they were superior in their skills for herding cattle, riding horses, and more. All of this expanded the ranching tradition in Texas lands and saw a lot of development in the state’s rough terrain.

The work of a cowboy is not for the faint of heart and many Texas ranches today have been there for generations. And even still, a state with 261,000 square miles has so much more land for the taking.

The Myth of the West and How It Spells Adventure

The West has an important place in the nation’s self image. The concept of the frontier changed a whole generation of settlers and turned them into adventure seekers that led to the discovery and settlements of many lands to the West. Historian Frederick Jackson Turner is famous for making this claim about the importance of the frontier to the settlement, exploration, and development of America. The idea of the American Frontier, according to Turner and many historians thereafter, is central to America’s culture of innovation, exploration, and adventure. In fact, Turner claimed that it was the idea of the frontier that converted the English settlers into Americans. His idea was that the new Americans were formed as they sought to explore, create, and invent.

The Wild West pushed men to new limits and that push led to westward expansion, discovery, and a great nation.

And even after so much that has transpired, Texas is the state that keeps on giving. A state with a robust economy and constantly attracting people from all over the country, Texas is a state of innovative and technologically advanced cities but continues to have its heart rooted in its early ranching traditions. Only in Texas can you have economically thriving cities like Dallas, Austin, and San Antonio, in addition to incredible wildlands and open space waiting to be taken. Ready to continue the frontier tradition? Want your own adventure? Get your west Texas land with Lone Star Investments. Call us today and find out more.