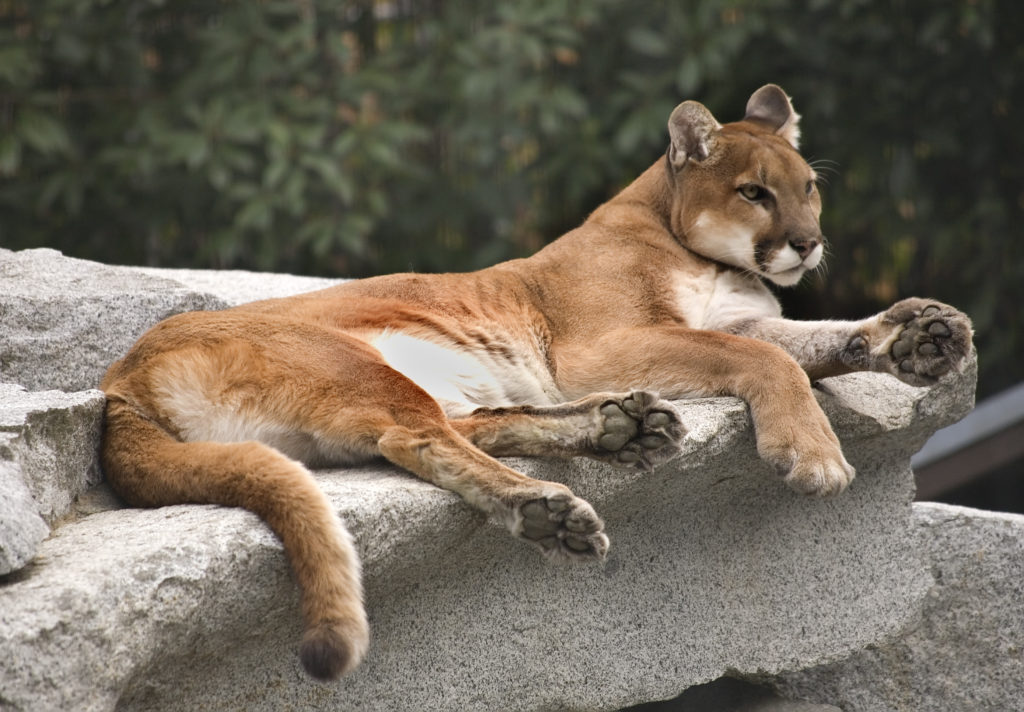 These majestic cats have captured the imaginations and hearts of people across America. They are enigmatic and yet instantly recognizable. In past centuries, these mysterious mammals traversed the nation until farming and other development pushed them out of the eastern United States. They were similarly pushed out of eastern Texas and are now mostly spotted—albeit rarely— in the Western and Southern parts of the state.

So what do we know about this wild Texas cat? How does this predator form part of the West Texas wildlife legacy?

As mentioned above, the mountain lion (also known as Puma concolor) has been slowly pushed westward. Some people call the Mountain Lion by the name puma, cougar, panther, or painter, but regardless of what you call it, the presence of this majestic carnivore is essential to the wildlife of the Lone Star State.

Although pushed westward and suffering significant population losses, some animal experts suggest that the Mountain Lion is making a resurgence and that, within the last decade, these mammals appear to be recovering and reclaiming their distribution in this great nation.

The Mystery of This Wild Mountain Cat

The mountain lion’s reputation as mysterious or enigmatic is not for dramatic purposes. As wildlife experts testify, these cats are not easily seen. People know that they are there, but they are seldom seen. Those living in ranches or off-the-grid living in western and southern Texas counties know these cats wander around, but don’t always get to see them in action.

Check out this great video from the Texas Parks and Wildlife Association, as they trail and study these amazing creatures.

How Big Do These Cats Get?

These cats can get pretty big. The males will commonly weigh about 110-232 pounds. The females will range from 79-132 pounds. The Texas cats are known to be on the lower end of those ranges.

These are not your typical household cats, although they share similar features that you might recognize in your household pet, only magnified. These mammals are great nimble climbers that swiftly move through the rough West Texas mountainous regions. They can leap up to 30 feet and spring up to 15 feet vertically.

In Texas, there are two main populations. One is considered stable and the other is considered unstable. Because those cats found mostly in the western regions will see an influx of other cats from neighboring New Mexico and Mexico, their populations remain relatively stable. The population in the most southern regions is typically interrupted by human encroachment.

In Texas, mountain lions are not protected. They are considered non-game animals but can be harvested.

The ghostly presence of these beautiful lions still captivates the hearts of landowners, ranchers, and animal lovers of West Texas. Research has found that these lions venture throughout the desert lands and mountains, but that they prefer certain habitats. They like to lounge around on high ground beneath whatever shade they can find. They like the high ground as it allows them a panoramic vista of their surroundings—how they keep an eye on potential threats or prey. Their hunting spots are around boulders, steep canyons, and any water spots where other animals may gather.

What Does This Swift Predator Hunt?

In the wild West Texas land, there is plenty of grub for these large cats. Usually, mountain lions will hunt in the cover of darkness and use their stealth and cunning to sneak up to the unsuspecting prey. Their favorite meals include javelinas, deer, skunks, and even porcupines.

According to biologists in the area, the mountain lion is not the biggest man on campus. They are often bullied out of kills by the Black bears. Because of this and other reasons, the mountain lions are known to be secretive with their hunts, often hiding them under trees or special hiding places.

The Stealthy Survivors— Not an Easy Life

These wild cats must grow up quickly in the wild. By the age of 18 months, they are off on their own, searching for new territory. Before that, the mother stays with them, nursing them, teaching them survival skills and hunting skills. As some experts describe, at about 18 months or 2 years, if they are not off on their own, the mother simply leaves them.

Getting by is no easy task. The rate of attrition for young lions is about 50% and few mountain lions will live past eight years old. These hunters are often taken out by disease or drought in rough seasons.

Texas is home to much native wildlife. In the expanse of West Texas, one can find javelinas, turkeys, feral hogs, deer, and more. And yet, out of all the beautiful wildlife, the Texas Mountain Lion remains a beloved mystery. Even residents of the area for decades will note that spotting these cats is a fleeting experience.

It’s a glimpse. An ephemeral-like vision that disappears in a second. These cats don’t like to be seen. They do their own thing. And they tend to leave cattle alone. West Texans speak of them with curiosity and love, another part of this beautiful region of the country.

Here, at Lone Star Investments, we help people take a piece of Texas. What you do with your land is up to you. And while you might live there, don’t count on seeing too many mountain lions. If you’re lucky, you might spot one in the distance but they’ll likely continue living the ghostly existence they have chosen for themselves.