The True Impact of the Desert: West Texas Land for Sale 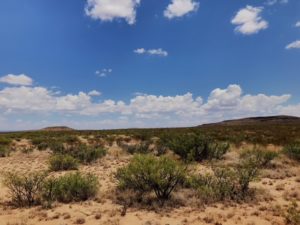 Throughout the generations, there have been stories about young farm boys dreaming of a life of adventure and glory, yet they are stuck in one spot, unable to embark on their journey. Gaal Dornick from Foundation by Isaac Asimov, Paul Atreides from Frank Herbert’s Dune, and Luke Skywalker in Star Wars all fit the bill, with Luke perhaps being the most well-known example. But Star Wars creator George Lucas wasn’t the first to come up with this idea. In fact, it can be seen as a cliché in many literary circles.

Alas, the “farm boy craving adventure” remains one of the most common, and relatable, ways to begin a fantasy or sci-fi novel, movie, or television series. These characters are instantly relatable to the audience. We’ve all wanted something which may seem unachievable; we’ve all dreamt of becoming more. What does this all have to do with West Texas land for sale? Well, perhaps it’s your turn to answer the call to adventure!

The Sands of Time – Welcoming You Into a New World

When Joseph Campbell published his seminal work The Hero with a Thousand Faces back in 1949, he took the creative world by storm. Campbell noticed how many myths all shared similar story structures. As such, he coined certain terms such as the “monomyth” and the “hero’s journey.” The motifs in these stories, ranging all the way back to ancient Greek tales and beyond, still ring true today. But as a New York native, it’s difficult to imagine Professor Campbell ever spent much time, if any, in the actual desert. The same goes for Frank Herbert, who drew inspiration from The Oregon Dunes, near Florence, Oregon. Although these dunes are beautiful and majestic, they don’t compare to the vast, seemingly never-ending desert landscape that surrounds Hudspeth County, Texas.

A Brief Explanation of the Hero’s Journey

The hero’s journey is often drawn as a circle, with the process beginning at the topmost spot. This is where our hero is simply living life as they’re used to, without any struggle or difficulty. They’re aware of the world outside but believe they must remain home to work on the farm or simply continue living their lives as is expected of them. But then there’s the coveted “call to adventure,” wherein the hero’s dreams are finally within arm’s reach. What makes this inciting incident so exciting in any narrative is the hero’s reluctance to actually partake in the adventure. It might’ve been something they grew up dreaming about, but now that it’s right in front of them, they simply can’t take the step to achieve it. Then, there’s some sort of “supernatural force” that pushes the hero into the journey.

The story circle is split in half, with the line running about ¼ from the top. This line is used to separate the “known” from the “unknown,” and the “unknown” is where the most memorable parts of these kinds of stories take place. During this section, the hero faces trials and tribulations, experiences a revelation that then transforms him until he eventually returns (completing the circle). This might’ve been a circuitous way of explaining things but we’re all living our own hero’s journeys at the moment. Perhaps you’re at the start of your journey or you’re nearing the end. No matter where you find yourself, you can add a touch of adventure to your life by investing in West Texas land for sale.

Literature, film, and television tend to draw from the same wells, time and time again. There are certain tropes, clichés, allegories, and analogies that continue to crop up. The desert, for instance, is often seen as a mysterious, desolate land where only the strongest survive. It might’ve been like that in the past, as we’ve discussed in a previous post, but nowadays, the desert, especially here in Texas, is a land of opportunity. If you have dreams of land ownership or you’re simply looking for unique ways to invest your money, then you’ve come to the right place. We can help you take the first steps into your hero’s journey.

Lone Star Investments has West Texas land for sale in the vast Hudspeth County. Unlike the desert environments of Dune or Tatooine (which were filmed in Abu Dhabi and Tunisia, respectively), the desert in Hudspeth County is vastly different. There are no enormous sandworms here. You’ll find beautiful sunsets, varying landscapes, and beautiful hills and mountain ranges.

Upon finding your particular lot (we sell 20, 40, and 60 acre lots), you’ll be able to do with your land as you please! Perhaps you’ve always dreamt of having your own ranch, or maybe you simply want your very own RV park, you can do it all here. Every lot comes with water rights so you’ll be able to dig a well to get the water you require to maintain your lot. The sky is truly the limit when you choose Lone Star Investments! Ready to learn more? Then give us a call! We can’t wait to show you what we have available.